Following the success of the "One World for All" camp, the Clubs of people with disabilities organised "A Match of Volleyball" at the Center for Culture, Sport and Community, Tay Ninh province on the 21st of October 2018. It is a part of the project "Access for All" funded by the United States Agency for International Development (USAID). 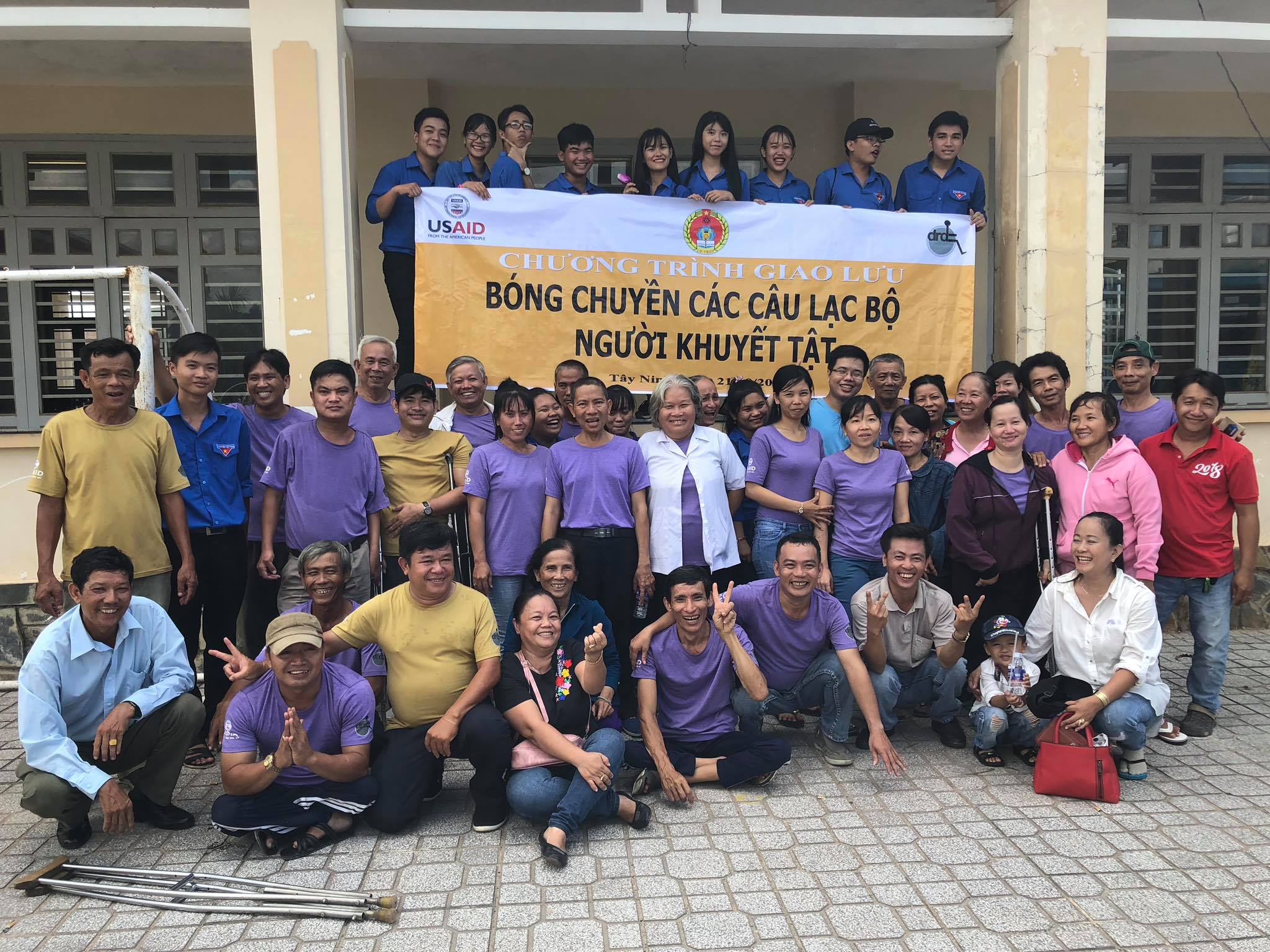 This is an act of exchanging and connecting members of 03 clubs in Long Thanh Bac commune, Dong Khoi commune and Ninh Son ward. It attracted more than 50 participants from the club and many members of the local youth’s union. 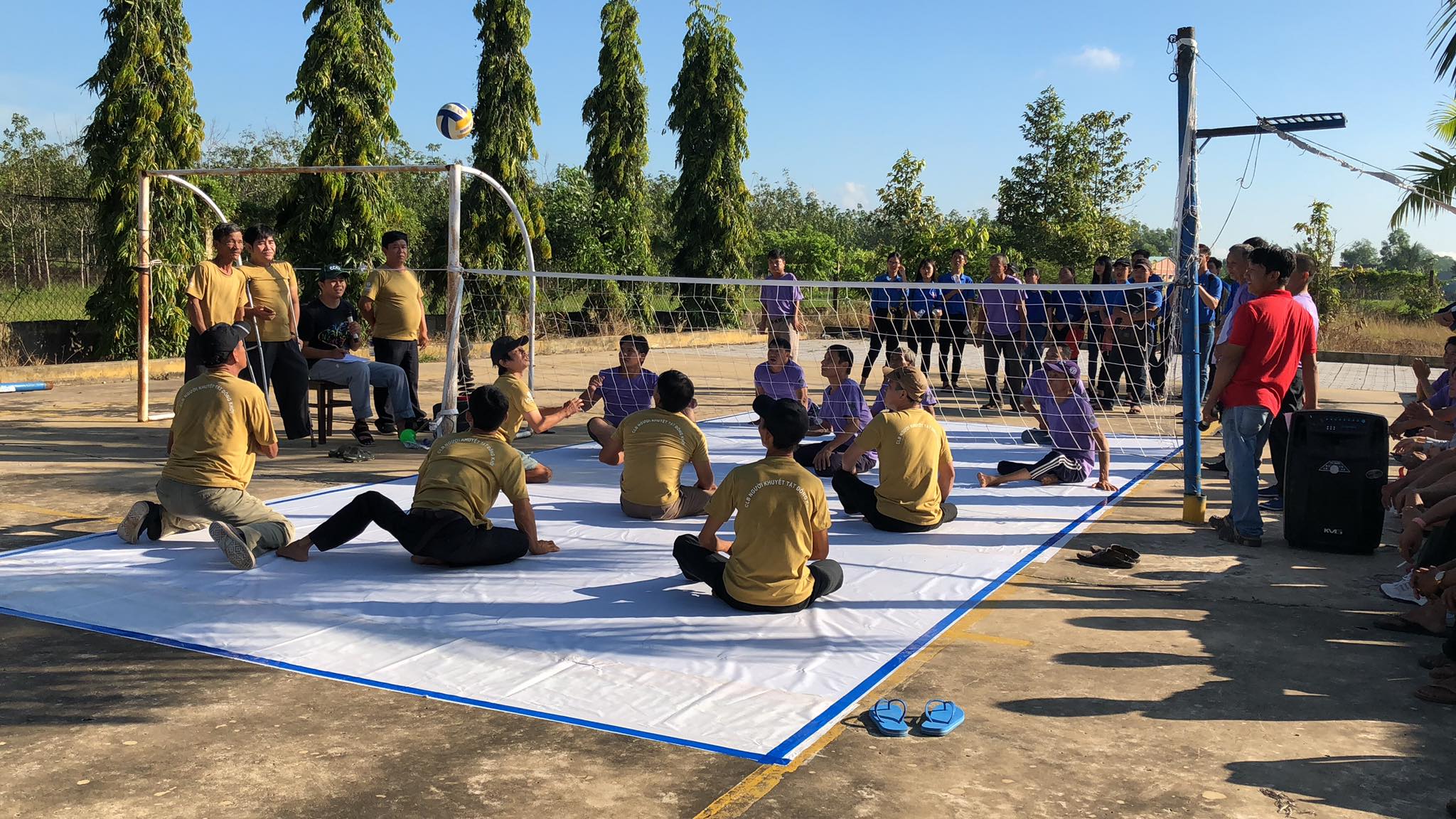 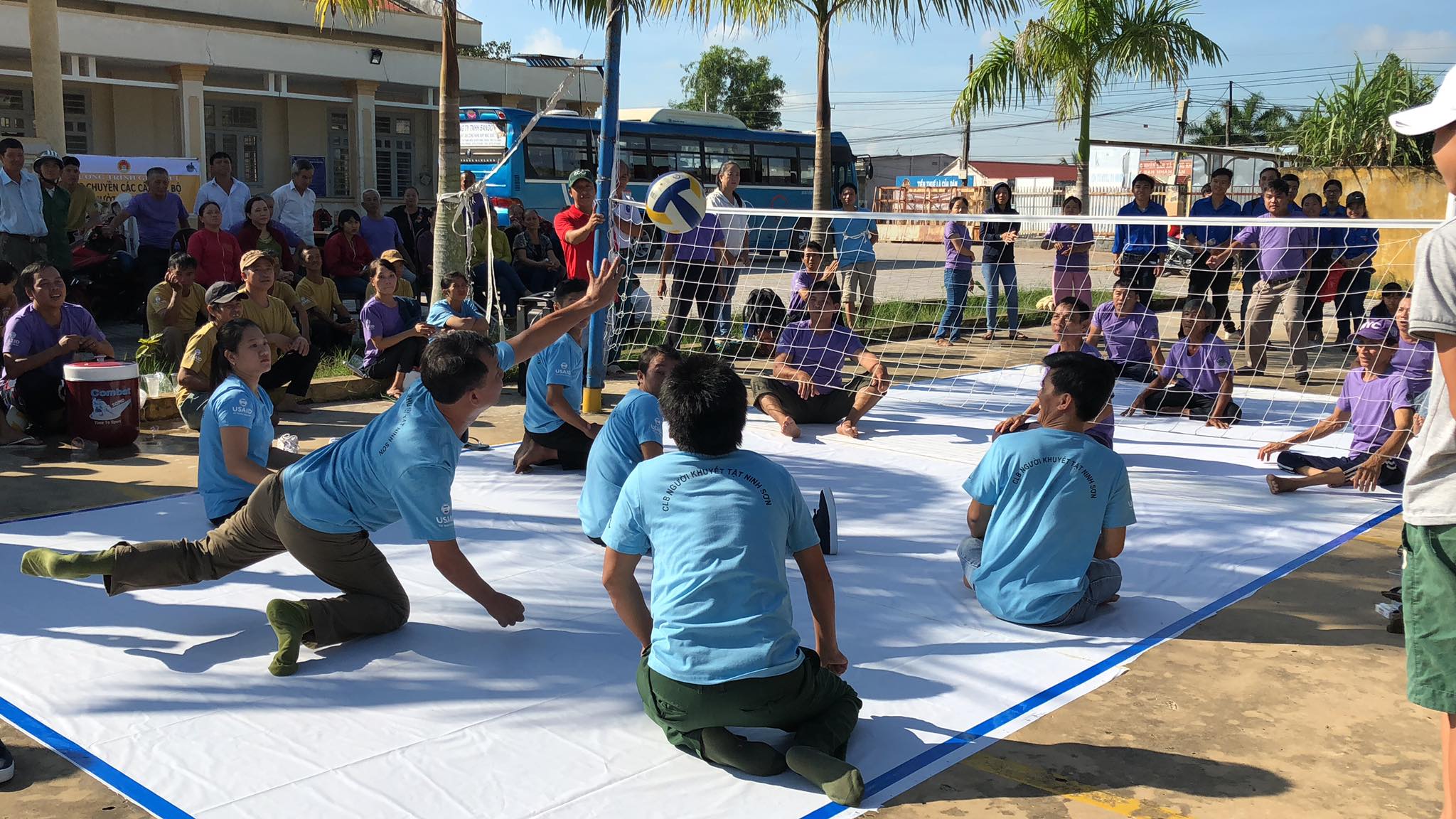 "Winning or losing is not important. It is important that we learned and recognised many things in ourselves, and we want to show the community that people with disabilities need to live independently, work effectively and play joyfully. However, we have a lack of playground and have not been given opportunities to do what we want and enjoy our rights, "said a club member.

"This is the meaningful activity to help people with disabilities integrate into the community, to connect people and bridge the gap between people with and without disabilities. It needs to be replicated provincially so that many people can participate."

“It is the first time we have raised ideas, made a plan and organised such an event. We realised our ability to organise a program, assign the right task to the right person, and call the community’s support. We never thought we could do it.”