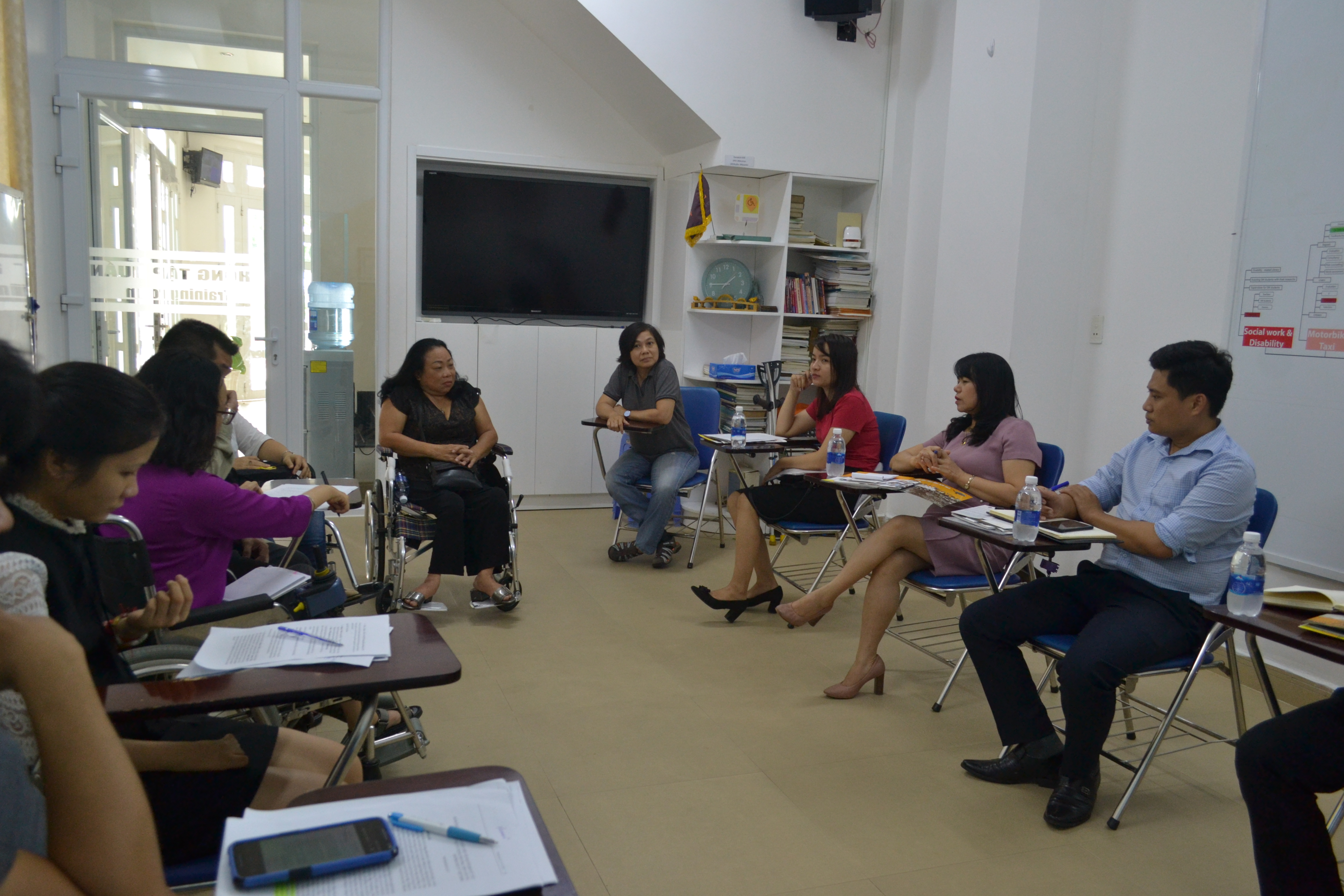 In the afternoon of 26th July 2018, representatives of National Committee on the Rights of Persons with Disabilities, Ministry of Transport, DRD and wheelchair users as well as people with visual impairment had a meeting about progress assessment of railway access regulation to PWDs.

Representative from Ministry of Transport have issued regulation that are currently in place as effective as reducing at least 25% of fares for people whose particularly severe and severe disabilities when using train; setting up notice speaker for visually impaired people and notice screen for people with hearing impairment in the train stations.

In addition, representatives of the parties shared about the shortcomings, difficulties such as no toilets for PWDs, train corridor is not wide enough for wheelchair users to move, train deck is too tall and there are many steps, signboards that do not have the text for the visually impaired, and most of the staff do not know how to support PWDs.

From the above-mentioned difficulties, representatives of DRD and PWDs have proposed solutions to overcome difficulties in the future such as building a wheelchair lifts from the ground to train doors, renovating passenger carriage on all routes to ensure accessibility of technical standards, and trainings skills to support PWDs for staff.

It is hoped that the above-mentioned suggestions will be recognized by relevant agencies, especially Ministry of Transport, so that regulations and policies can be implemented. It contributes to promote social inclusion of PWDs via accessible transportation.