At 7:30 am on 18 April 2018, DRD scholarship group arrived and started their assessment on the bus station of Ham Nghi (District 1, Ho Chi Minh City) regarding their disabled-accessibility. This new bus station is to serve travelers in central Saigon, officially launched in replacement for Ben Thanh bus station during the construction of Metro 1 underground train station.

The assessors were divided into 3 sub-groups, each of which was responsible for one of the following: bus waiting areas, restrooms, and buses

The assessors of waiting areas went along the lines of the station to observe the slopes and assessed their pitches by wheelchairs and rulers. It was concluded that people with disabilities including wheelchair users could get into the station without external help. 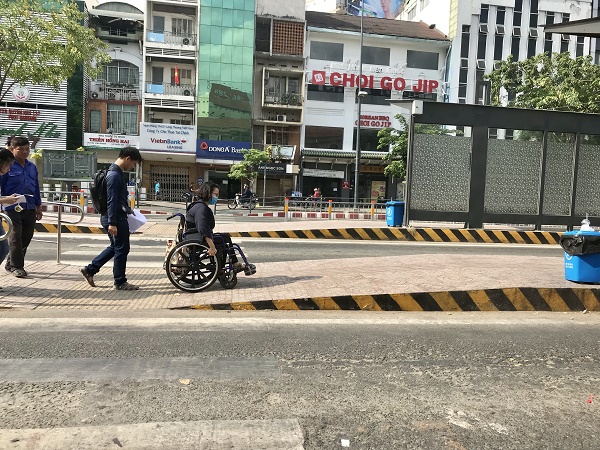 Wheelchair users can move on their own 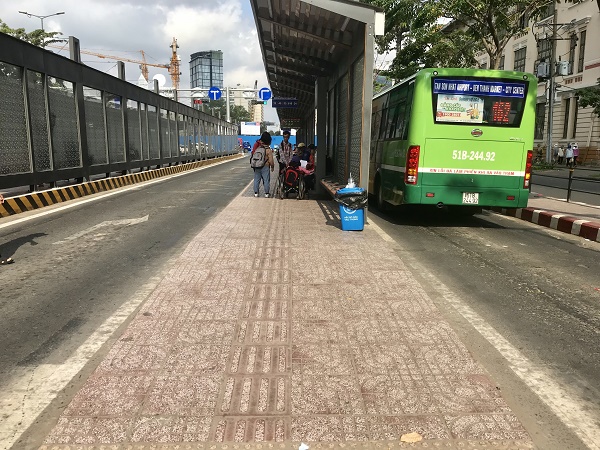 Along the bus station were 4 smart restrooms, empowered by solar energy, equipped with auto-washing seats and emergency warnings. The assessing group had a glimpse of and experience with the restroom facilities, as well as measured the size of the doors. Overall, the restrooms were fully furnished with modern and hygienic equipment. 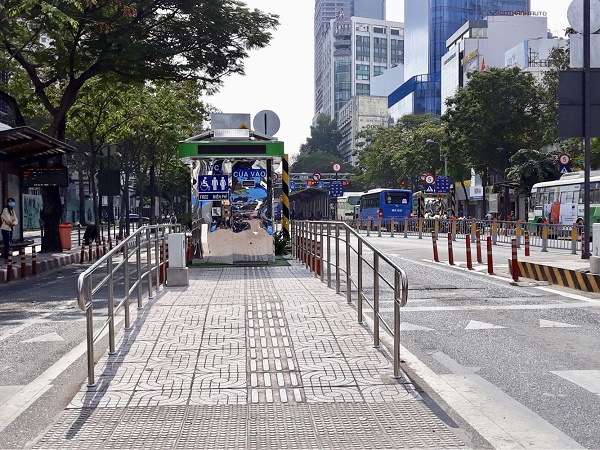 The restroom of the station 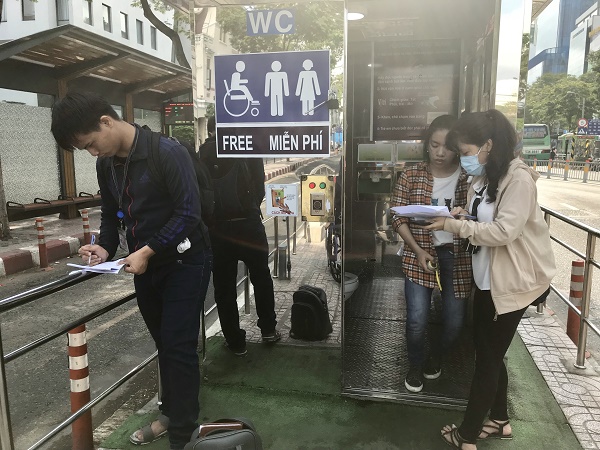 Assessors were measuring the door and other facilities

Regarding the bus assessment, the assigned group chose bus 18 and bus 102. Overall, the buses were spacious and airy, equipped with audible notification system. The attendants were friendly and helpful. The drivers stopped at an appropriate position and gave adequate time for people with disabilities to board. On bus 102, the attendant provided professional assistance to a wheelchair user. This signified a positive improvement that bus attendants had been receiving training on disability assistance. 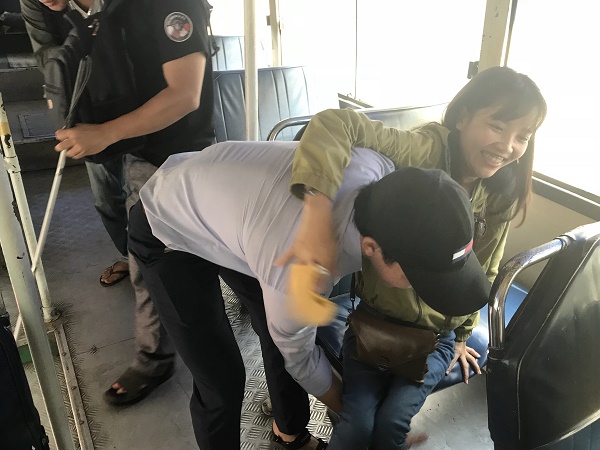 The bus attendant was assisting a person with disabilities

However, there remained room for improvement. For instance, the restroom doors were relatively small for wheelchairs; in front of the doors were hilly ground, causing difficulties in entering by wheelchairs; the restrooms themselves had limited space for wheelchairs to move around. Regarding buses, there were several high stairs in the doorways; thus wheelchair movements were impossible without external help. On perceiving Ms. Van’s struggle with the doorway of bus 18 while the female attendant was still in confusion, a passenger (presumably in the age of 50) joined a hand in lifting her wheelchair onto the board. (Ms. Van was one of the assessors.) “There should have been assistance services like in other countries,” he remarked. 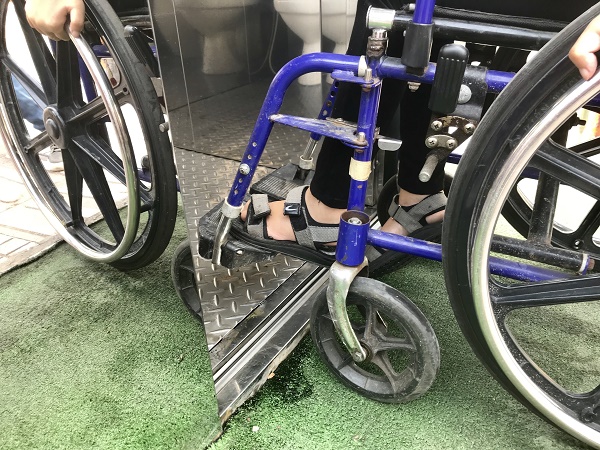 The wheelchair was getting stuck at the restroom door 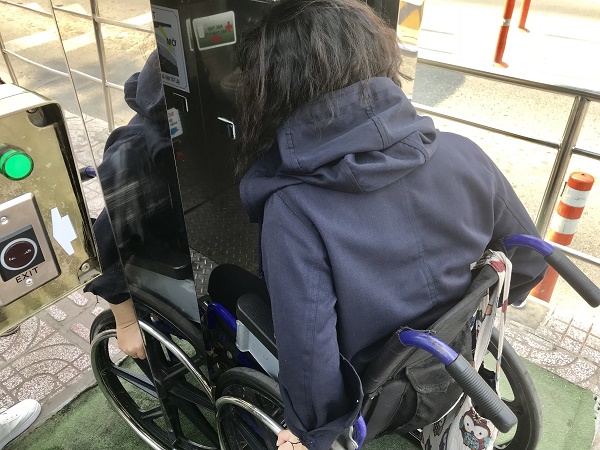 The small door caused trouble for a wheelchair user 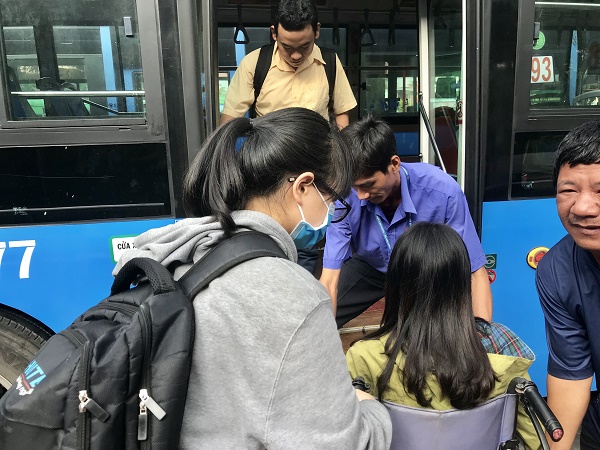 A wheelchair was being helped getting off board