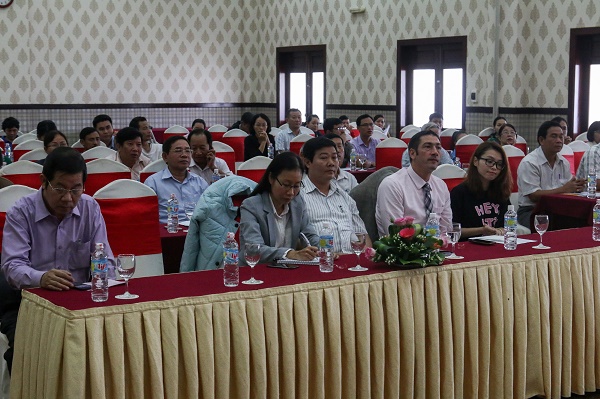 Picture: Overall of the project summary. 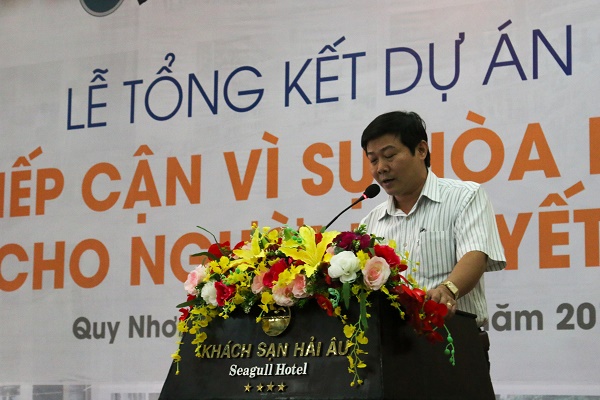 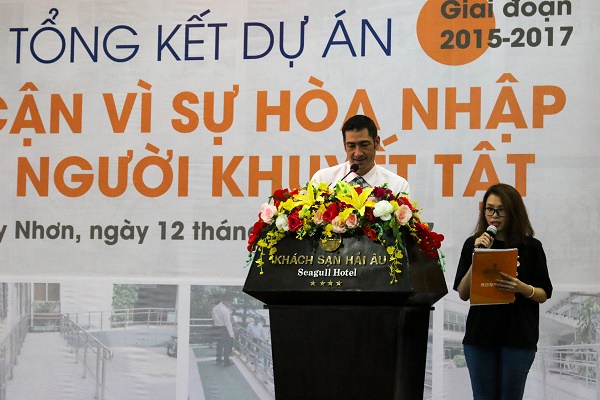 Picture: Mr. Christopher Abram - Director of Division of Natural Resources and Environment and Social Development spoke at the event. 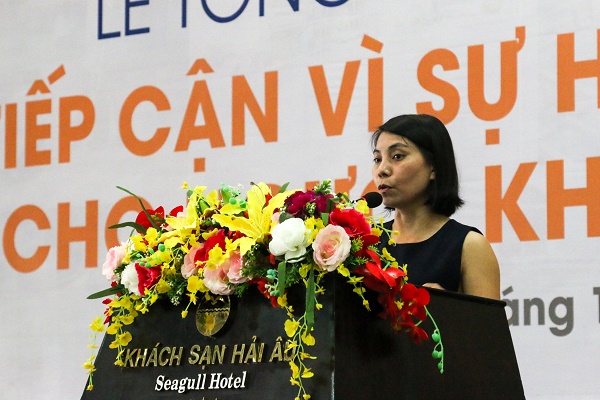 In order to understand the activities that DRD has carried out during the past time, Truong Huy Vu - DRD project staff presented the activity report and handed over the improvement works at the Quy Nhon city and An Nhon town.

At the same time, in order to increase the objective part of the activities that the Access for Integration project has implemented during the period 2015-2017, DRD has invited Mr. Le Dai Tri - Consultant to evaluate the project independently- presented of the final evaluation results of the project in September/2017. 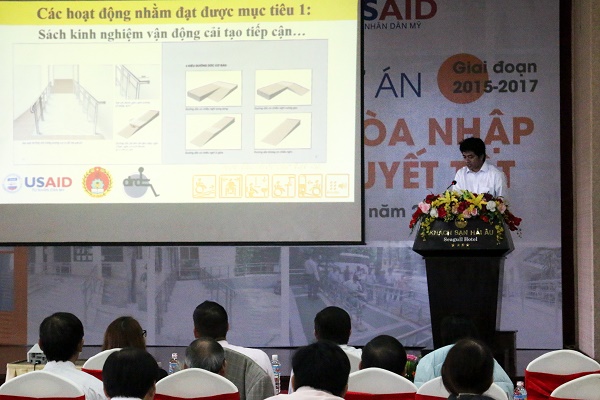 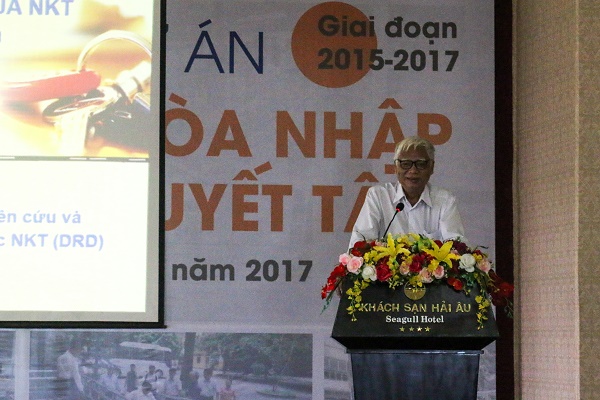 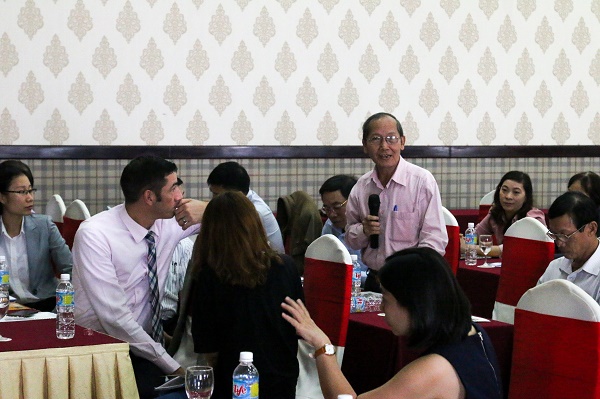 After this ceremony, DRD hopes that the project will continue to develop and actively support people with disabilities in particular and raise awareness about disability in the community in general.