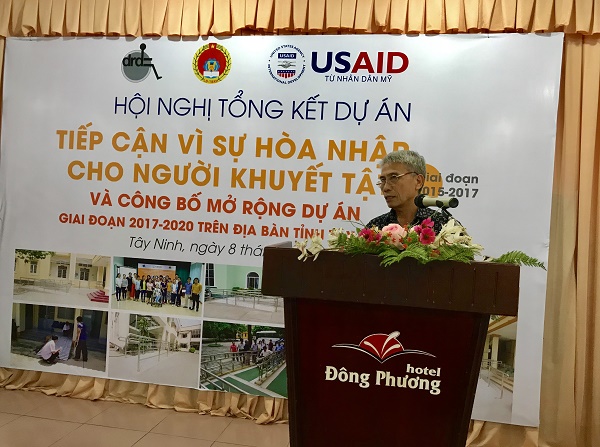 In the previous areas of the project, DRD has succeeded in meeting the three objectives set by the project: 1) Raising public awareness on disability issues. 2) Capacity building for organizations of people with disabilities about the rights of people with disabilities, concretely the right to access public facilities. 3) Evaluation and rehabilitation of public works in the province. 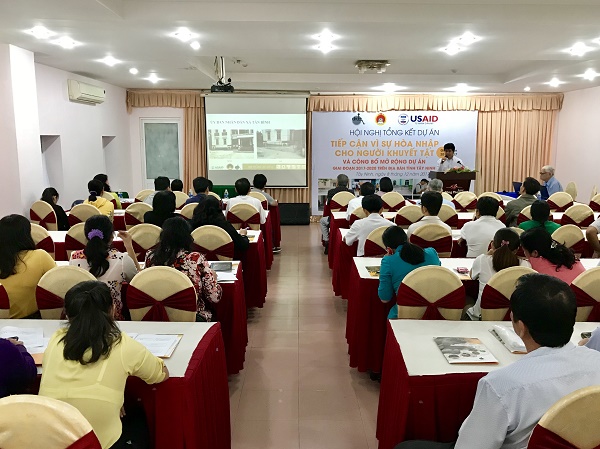 Overview of the participants in the closing ceremony

Mr. Nguyen Van Qua added: “Particularly, the event “One World for All” has left a strong impression deeply etched in the hearts of the participants in general and more particularly in the hearts of the students of Tay Ninh Province” and “In order to continue to implement the project in new areas, DRD should strive to focus on the 3 objectives set our, to increase the communication of information for people with disabilities and to encourage people with disabilities to create clubs and groups. 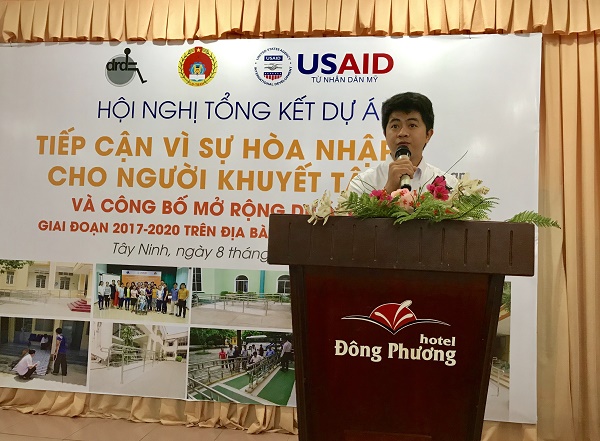 Mr. Truong Huy Vu – staff of DRD reporting the activities of the project for the period 2015-2017

Mr. Thuong Huy Vu – staff of DRD, reported the activities of the project from 2015 to 2017. He shared that after the training courses of the project, the participants from the communes in the project area had a better understanding about disabilities issues and had a lot of opportunities to share. “In the past, I just thought that exercising the right of people with disabilities was to help them fully enjoy the policies. But now I know that help them to access society is more important”, a participant said.

In addition, DRD will publish a booklet entitled “Experience of accessibility improvement” and another one titled “Success stories of the project” to give everyone a more positive point of view about the community of people with disabilities through short stories. The books are in the editing process and will be released soon. 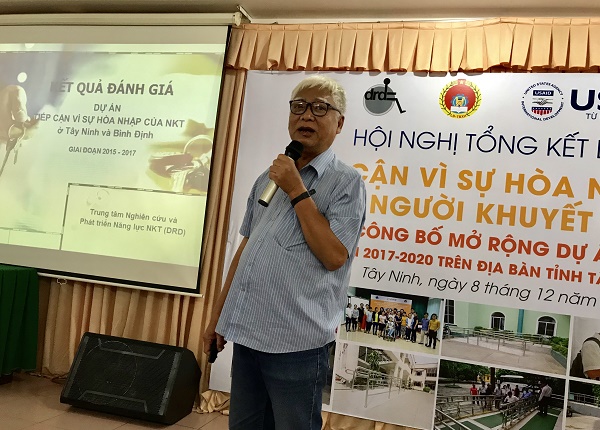 Mr. Le Dai Tri - An independent assessor sharing the final evaluation results of the "Access for Integration" project for the period 2015-2017 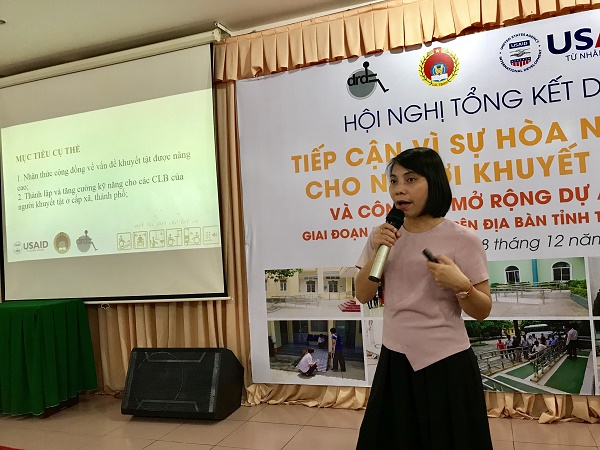 Mrs. Luu Thi Anh Loan – Acting director of DRD sharing about the project “Access for All” in the period 2017-2020

Continuing the program, Ms. Luu Thi Anh Loan - Acting Director of DRD introduced the new project "Access for All" for the period 2017-2020. With this project, DRD will continue to pursue the following results:

At the end of the conference, Mr. Nguyen Van Qua moderated the discussion and closed the program.